Welcome to our newest member: 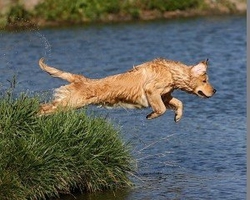 The Monterey Bay Hunting Retriever Club  (MBHRC) (originally named the Central Coast Hunting Retriever Club) was formed in 1986. Inspired by the newly recognized American Kennel Club (AKC) Hunting Retriever Test program, a group of dedicated retriever owners, tasked themselves to do the preparatory work for organizing a new club.  The inaugural meeting of charter members was held November 16, 1986.  This new club for hunting retriever enthusiasts represented the area south of San Francisco and was made up of dog owners who spent a lot of time training and working their dogs in the field, but little or no time at field trials.  The new AKC program was the “perfect fit” for their interests. The first MBHRC Board of Directors meeting was held January 12, 1987. Monterey Bay Hunting Retriever Club’s name was officially filed with the California Secretary of State on May 5, 1988.

John Culin, the man behind the initial effort to form the Club, felt so strongly about the hunting retriever test program that the By-laws specifically state ". . . to conduct sanctioned and licensed hunting tests under the rules and regulations of the American Kennel Club and to promote cooperation and good sportsmanship among its members in the training and testing of retrievers."  John, together with six other "directors"—Pluis Davern, Suzi Bluford, Bernie Waymire, Hazel Welborn, Carol Bygdnes and Vicki Blodgett—established the underlying set of ideas for the function and purpose of the Club.

The MBHRC membership of 45 represents a cross-section of experienced and novice retrievers owners. The Club hosts an annual AKC Hunt Test at Los Banos Wildlife refuge in Northern California in February, and regular meetings and training days throughout the year. Special activities have included training seminars, a Singles Series and a pheasant hunt. 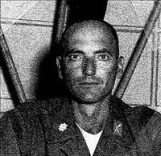 John E. Culin was born in Eugene, OR, and came to Carmel in 1942, graduating from Carmel HS in 1943.  He received a Presidential appointment to West Point Military Academy, graduating in 1947.  He returned to Carmel to marry his high school sweetheart, Barbara Bolin.  John was a great American, serving his country in the US Army 1947-1974.  His awards and decorations included the National Defense Service Medal with Silver Star, the American Campaign Medal, The WWII Victory Medal, the Army Occupation Medal with Germany Clasp, the Air Medal (2nd award), the Korean Service Medal with 1960 Device, the Republic of Vietnam Gallantry Cross with Gold Star, the Bronze Medal with 2 Oak Leaf Clusters, the Combat Infantryman's Badge, the Army Commendation Medal with 1 Oak Leaf Cluster, the Meritorious Service Medal with 2 Oak Leaf Clusters, and the Legion of Merit with 2 Oak Leaf Clusters. Johan also graduated from the Advanced Management Program of Harvard University in 1970 and participated in the Salt Talks II in Belgium.  He served his country for 28 years,  twelve of which were overseas fighting for freedom and the values he held so dear.  John had a passion for life and after retirement from the military, he became an active commodity trader with a seat on the Chicago Board of Exchange. Her permanently retired in 1987 with his beloved wife Barbara, to a life raising golden retrievers and making small batches of wine grown from grapes cultivated on his family home site in Carmel Valley. His retrievers were more successful than his wine, as many became "master hunters." He spent the next 20 years working his dogs in the field, obedience ring, and judging field tests.  John co-founded the Monterey Bay Hunting Retriever Club and the Hills Ferry Hunting Retriever Club.  John had a quick mind and wit, a keen sense of humor, and was a man of great integrity, honesty, and compassion.  John was preceded in death by his father Frank, mother Ella, and brother Frank.  John is survived by his wife of 60 years, Barbara; sister, Virginia; daughters, Nancy and Susan; son, Johnny; and grandchildren, Kelly, Ales, Heather, Michael, Stephen; and Poppy, his last great golden retriever.  John will always be remembered as an officer and a gentleman, devoted husband, loving dad, and good friend. 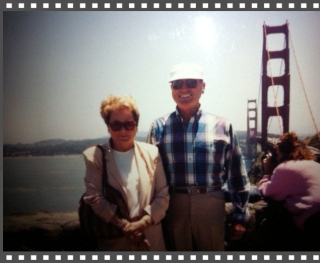 Don Campbell became involved with MBHRC in 1989. Don and Ginger Campbell's "Campbellcroft Kennel" was a nationally recognized name.  They produced numerous beautiful hunting caliber Labradors.  Don believed in dual purpose retrievers and after MBHRC was officially qualified to run hunt tests which was in the very beginning of the sport, many of his dogs were qualified in various levels.  He was also a hunter.

Don was always very interested in promoting our sport, and he served a couple of terms as President.  He felt it was very important to introduce interested new people to this sport, and he was instrumental in acquiring many new members for the club, as well as creating a positive, cordial atmosphere for those who were just getting started with their retriever. 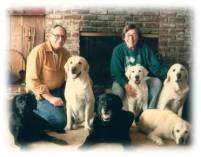 Because Don was such an important part of MBHRC, it was decided to have a perpetual trophy in his honor.  His widow, Ginger, and close friend, Pluis Davern, picked several trophies for the club to choose from.  The one we chose was named "Sunrise" and it depicted the way we all remembered him... always touching and looking at his dog.  We received many donations to cover the cost of this trophy, including some from the East Coast.

In Don's honor, this trophy is awarded each year to the person deemed to have contributed, through their dedication, attitude, and hard work, the most effort to continue the growth and interest in the hunt test program.  The past recipients of the Don Campbell Award are John Culin, Lucy Bradford, Pluis Davern, Wendy Johnston, Pat Johnson, Gaylene Cranford, Trig and Angie Birkeland, Brian and Denise Iwata, Anne Pletcher, and 2021 winner is Candy Perryman- congratulations!